By integrating state-of-the art and in-house research solutions, we are able to solve the most challenging of problems and build cutting-edge products.

Solve complex problems
with our skills

Real-time SLAM and stereovision solutions to explore the world.

From object classification through facial recognition to self-driving cars.

A few AI based products

June is a San Francisco based startup with the mission to make cooking perfectly easy for everyone. Their first product, the June Intelligent Oven, delivers the convenience of quick, no-guesswork cooking which professional chefs need for world-class results. We helped June improve the performance of the food recognition model and built tools for training algorithms. 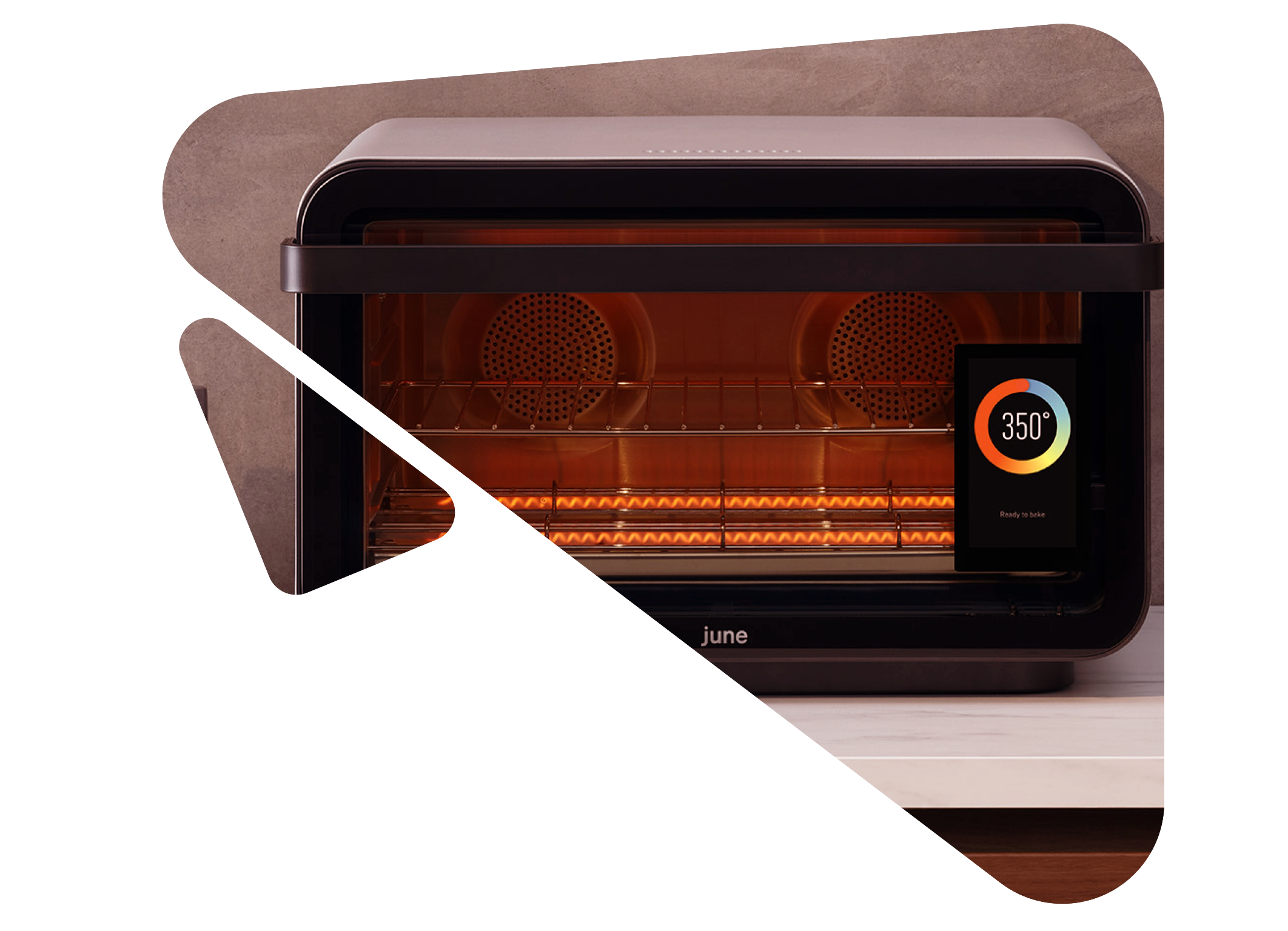 Light is a Silicon Valley-based startup that uses computational imaging to enable machines to see like humans. We worked with Light to improve the accuracy of their stereo depth and sensor geometric calibration. With support from Softbank’s Vision Fund, Light has become the world’s most advanced imaging platform 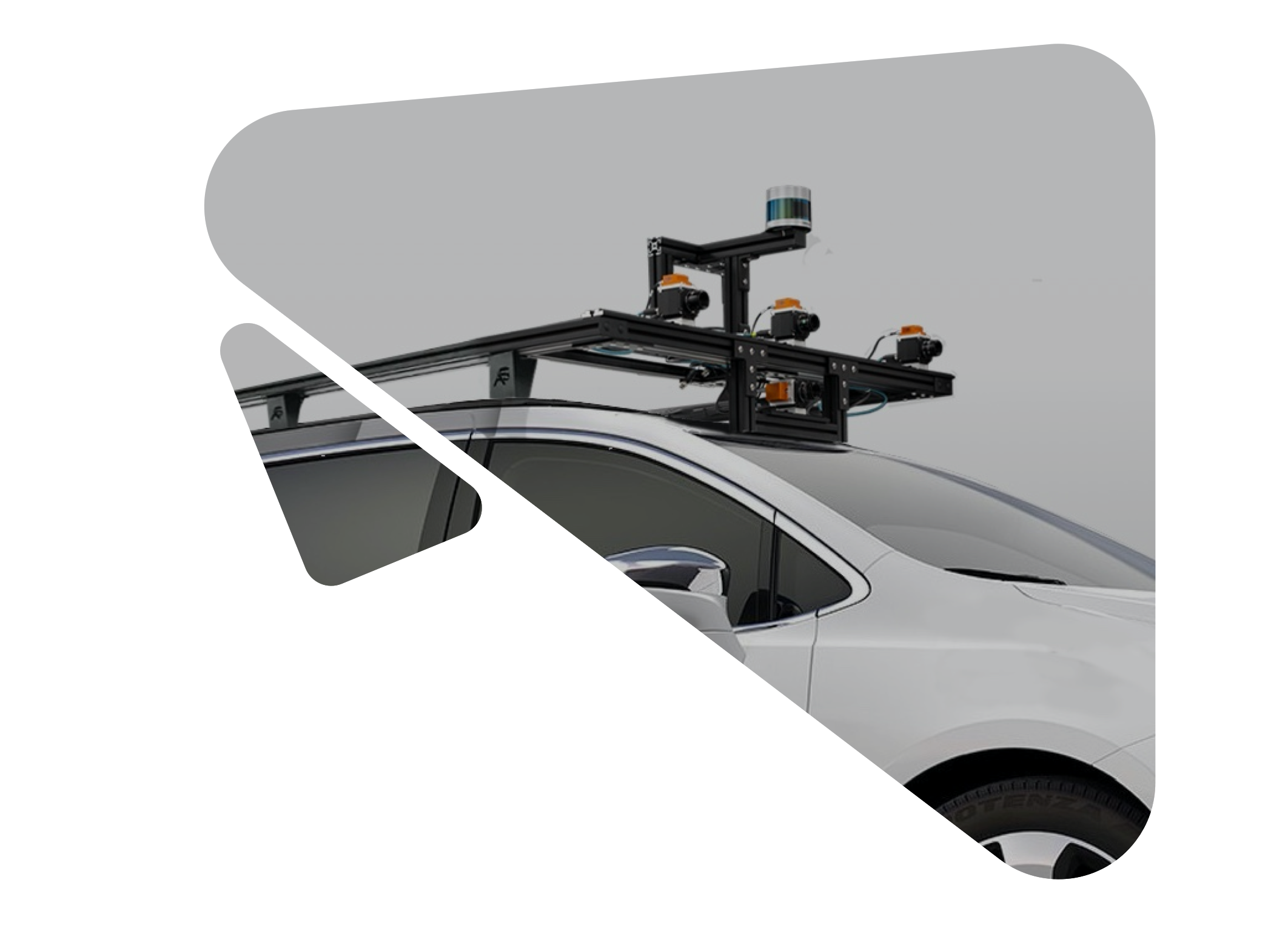 Voyage is a Palo Alto, California based startup with the mission to super-charge communities with self-driving cars. They currently operate self-driving cars in small communities in the United States. We helped Voyage improve their car perception system with our expertise in Computer Vision and Machine Learning. 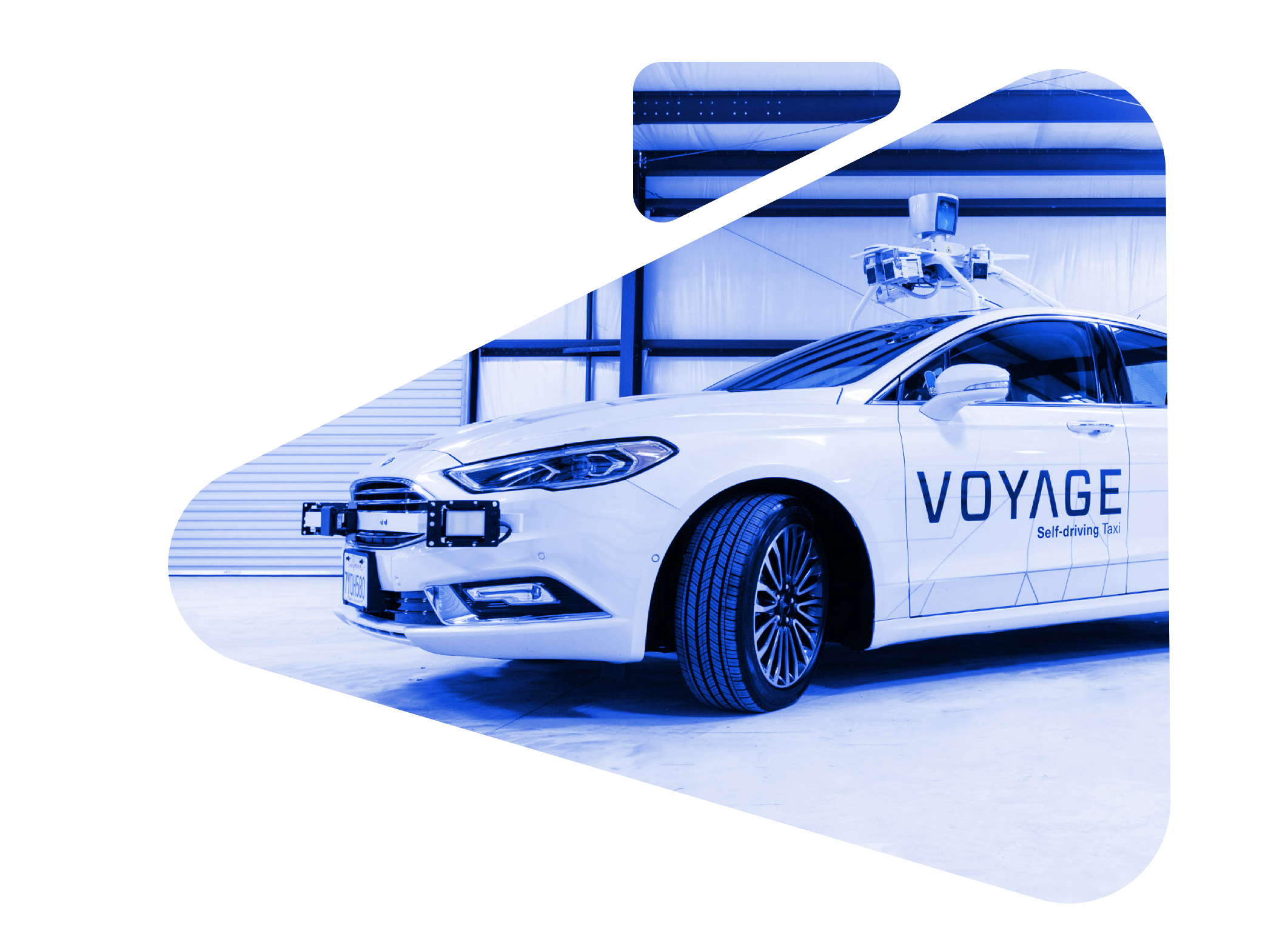 At Tooploox, we believe that AI will change the way companies operate. Our team consists of world-class team of scientists with expertise in Machine Learning, Computer Vision, NLP and Advanced Analytics.

Regardless of industry or company size, Data Science can generate immense value for any enterprise. It can help you understand your customers, increase engagement, boost sales, and facilitate data-driven decision making.

Machine Learning allows us to build products which behave as humans do. At Tooploox, we strive to deliver machine learning solutions in fields such as computer vision, natural language processing and complex decision making.

3D Vision, specifically SLAM and stereo vision algorithms, not only help electronic devices to see the world, but also to understand their surroundings and provide precise localization.

The quality of our work is certified by several patents filed alongside our partners and a multitude of publications, including main-track NeurIPS’18, ACCV’18 and MICCAI’18 papers, as well as journal articles published in high impact factor journals. Our main areas of interest are computer vision, NLP, deep learning, generative models, reinforcement learning, robotics, and more.

I Know How You Feel: Emotion Recognition with Facial Landmarks

I. Tautkute, T. Trzcinski, A. Bielski

What Looks Good with my Sofa: Multimodal Search Engine for Interior Design

OUR SCIENTISTS COME FROM RENOWNED UNIVERSITIES
AND RESEARCH INSTITUTIONS 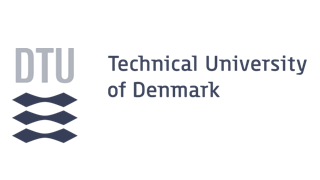 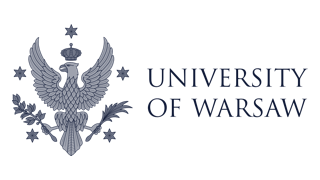 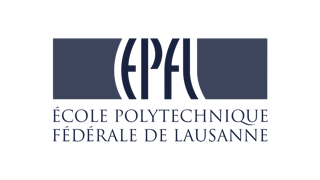 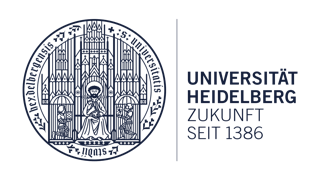 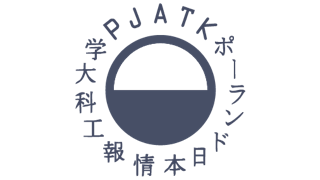 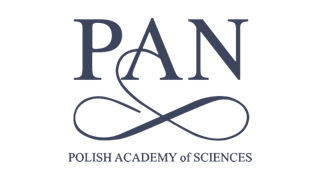 Meet our advisory board

A full professor at the LaBRl University of Bordeaux

Dr. Vincent Lepetit is a Full Professor at the LaBRI, University of Bordeaux, and an associate member of the Inria Manao team. He also supervizes a research group in Computer Vision for Augmented Reality at the Institute for Computer Graphics and Vision, TU Graz. He received the PhD degree in Computer Vision in 2001 from the University of Nancy, France, after working in the ISA INRIA team. He then joined the Virtual Reality Lab at EPFL as a post-doctoral fellow and became a founding member of the Computer Vision Laboratory. He became a Professor at TU Graz in February 2014, and at University of Bordeaux in January 2017.
His research is at the interface between Machine Learning and 3D Computer Vision, with application to 3D hand pose estimation, feature point detection and description, and 3D object or camera registration from images. In particular, he introduced with his colleagues methods such as Ferns, BRIEF, LINE-MOD, and DeepPrior for feature point matching and 3D object recognition. He often serves as area chair and program committee member of major vision conferences (CVPR, ICCV, ECCV, ACCV, BMVC). He is an editor for the International Journal of Computer Vision (IJCV) and the Computer Vision and Image Understanding (CVIU) journal.

Aleksander is a PhD candidate at Computer Science & Engineering at the University of Washington in Seattle, where he is advised by Steve Seitz. He is also a part of the UW Reality Lab and the Graphics and Imaging Lab (GRAIL). His industrial experience includes several internships at Google and Facebook. Aleksander received his B.S. at the University of Illinois at Urbana-Champaign, during which time he also interned at Qualcomm in San Diego.

Kwang Moo Yi is an assistant professor in the Department of Computer Science of the University of Victoria (UVic). Prior to UVic, he worked as a post-doctoral researcher at the Computer Vision Lab in École Polytechnique Fédérale de Lausanne (EPFL, Switzerland), working with Prof. Pascal Fua and Prof. Vincent Lepetit. He received Ph.D. from Seoul National University, under the supervision of Prof. Jin Young Choi. He received B.Sc. from Seoul National University as well.

A researcher at the Stanford University

Łukasz Kidziński is a researcher at the Stanford University, working on the intersection of computer science, statistics, and biomechanics. Previously, he was a researcher in the CHILI group, Computer-Human Interaction in Learning and Instruction, at EPFL. He obtained his Ph.D. training at Université Libre de Bruxelles in mathematical statistics, working on time series analysis and functional data. He obtained two master degrees, in mathematics and in computer science, from the University of Warsaw.

An assistant professor at the NYU School of Medicine

Krzysztof Geras is an assistant professor at the NYU School of Medicine. He previously worked as a postdoctoral researcher at the NYU Center for Data Science with Prof. Kyunghyun Cho, Prof. Linda Moy and Prof. Sungheon G. Kim.
His main interests are unsupervised learning with neural networks, model compression, transfer learning and evaluation of machine learning models.
During his PhD studies at the University of Edinburgh Professor Geras was supervised by Dr. Charles Sutton. His PhD was kindly sponsored by SICSA and EPSRC. Prior to studying towards a PhD in Machine Learning, he got my BSc and MSc degrees in Computer Science from the University of Warsaw. He worked on his MSc thesis as a visiting student at the University of Edinburgh under the supervision of Dr. Amos Storkey, his second supervisor was Prof. Andrzej Szałas. His thesis was on Machine Learning Markets. He also did industrial internships in Microsoft Research (Redmond, working with Rich Caruana and Abdel-rahman Mohamed), Amazon (Berlin, Ralf Herbrich’s group), Microsoft (Bellevue) and J.P. Morgan (London).

We allow PhDs to use Tooploox as a playground, to test, create and discover the solutions that will shape our world. We run a one-year program where PhD candidates can join us in our research. 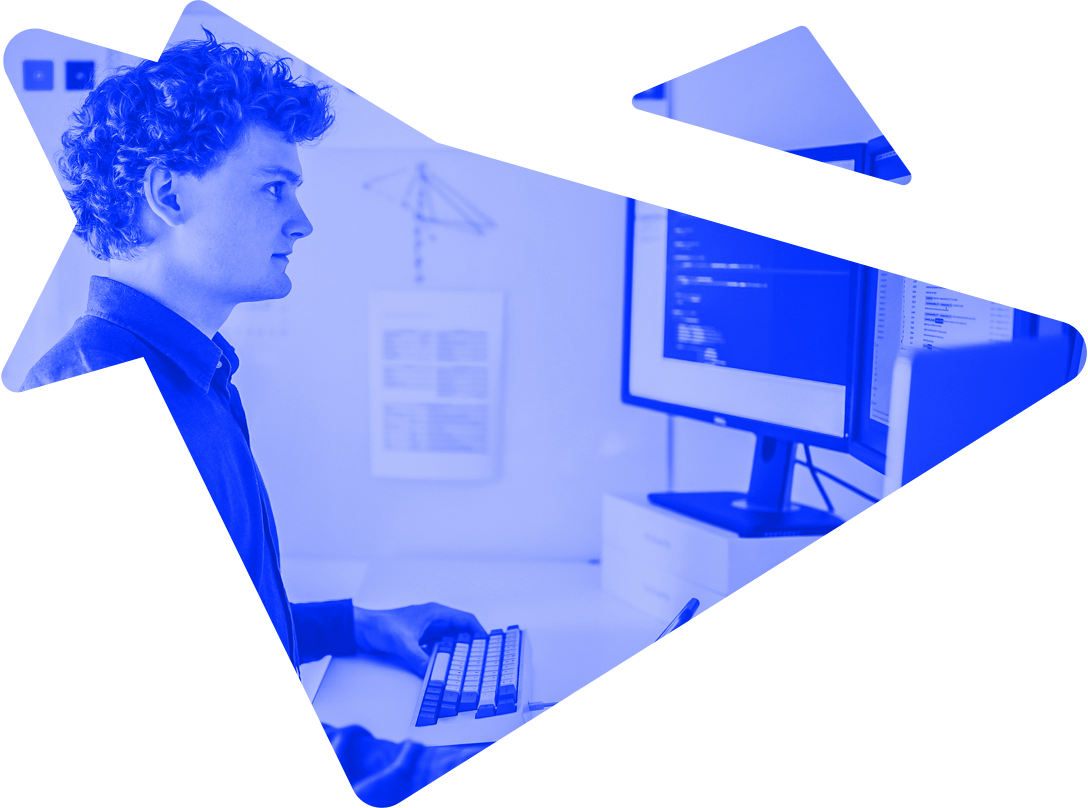